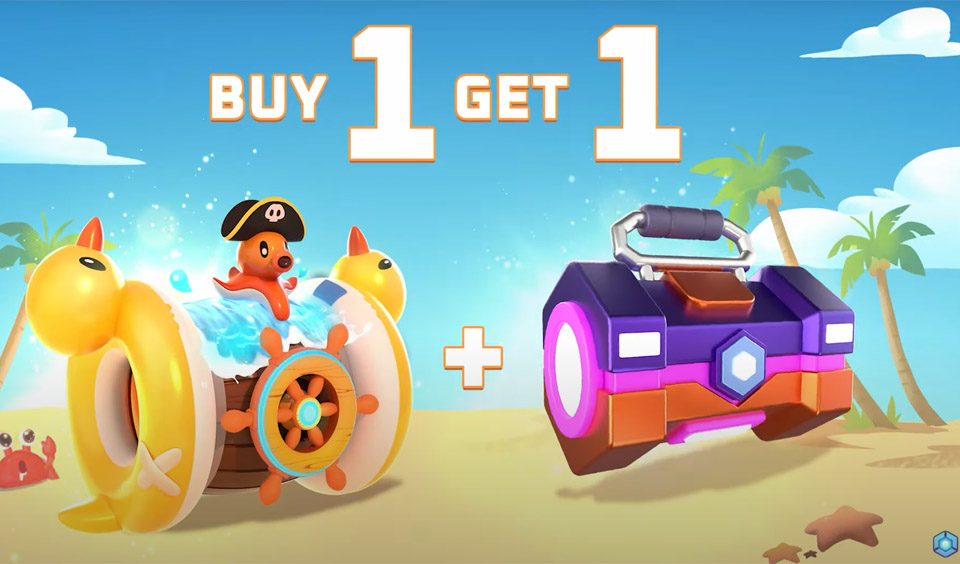 The first MOBA e-sport game powered by blockchain technology, Thetan Arena, has announced the launch of its Summer Box, which will be available for sale from June 14 to June 21, 2022. The game platform is set to deliver the best gaming experience to gamers this summer.

According to Thetan Arena, many contents have been launched to give players the best gaming adventure with its Summer Vibes. These contents cover new hero skins, which include Ghost Captain, Lifeguard, and Boomby Shark.

With the guaranteed Chef Octopus revealed from Summer Box and free new hero skins, Thetan Arena players can have the most fun in the game this summer

It also covers new maps known as Treasure Island. There is also the daily quest feature, which gives players more opportunities to earn. The highlight of the Summer Vibes is the Chef Octopus. This is the latest legendary hero in the Thetan Arena metaverse.

What is Chef Octopus?

Chef Octopus is the first-of-its-kind support hero in the Thetan Arena game. It is inspired by the plan to aid players to diversify their battle strategies in-game. 499 Chef Octopus are available as NFTs and players can acquire one piece by buying the Summer Box from the Thetan Arena Marketplace.

The Summer Box comes with an additional box with a new hero skin. The hero has been designed to be a crucial team of the hero because of their special supporting nature.

More Details about the Summer Box

The creation of the Summer Box could be traced to the special Fusion event, which was followed by a Lucky Draw. The first prize for the lucky draw was one max-leveled Chef Octopus. Following the event, many players have wondered how they can also incorporate Chef Octopus into their hero team.

In answer to this, the game metaverse has launched the Summer Box. As mentioned, there are currently 499 Chef Octopus heroes available for grab. One Chef Octopus is included in each Summer Box. Thetan Arena has restricted access to this unique hero support to maintain the value of the Chef Octopus.

It believes that the scarcity will contribute to its effort in fighting against inflation and providing favorable conditions for its team to continue to deliver the utmost benefits to the community of investors and players.

The game platform has revealed that the Summer Box is premised on the ocean theme and the goal is to add a cool and fresh feel to its gameplay and also enable gamers to have the best of fun with one of the new skins and Chef Octopus when they buy the Summer Box.

Axie Infinity Reveals How to Use AXS Gated Forum Discussions