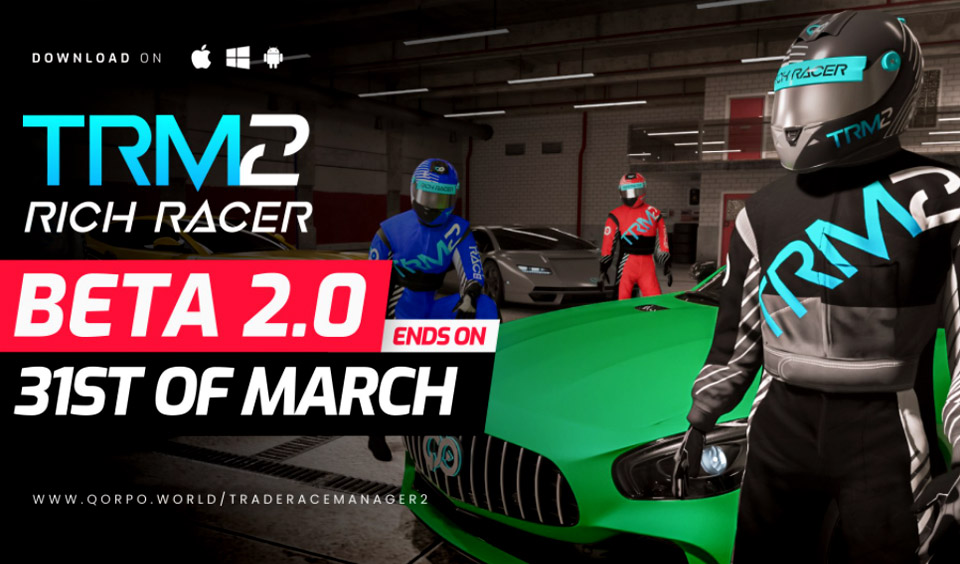 TRM 2, an AAA play-to-earn Racing game metaverse, reveals that its Beta Test 2.0 has been a huge success as the event draws to a close. According to the game platform, gamers raced 24/7 during the tournament and earned thousands of in-game token, $IOI regularly.

It is worth mentioning that Trade Racer Manager (TRM 2) launched in 2021 to explore the play-to-earn game model. Today, it has become one of the most renowned NFT racing games in the market.

Stay tuned for the new upcoming era of #TRM2🔥 pic.twitter.com/Glvgh9OTvM

Highlights of the Events during the Beta Test 2.0

About 12,000 portfolio races and 20,000 free races were completed during the event. Additionally, about 27 unique NFT tournaments and over 160 NFT tournaments were held with huge payouts. The game platform went further to reveal that racers that participated in the Beta Testing earned about 170,000 $IOI tokens in total.

Thousands of active downloads and players participated through the TRM 2 app on Android. The Beta Test 2.0 will be coming to an on March 31, 2022, and the TRM 2 will shut down for a couple of weeks. This is to enable the team to evaluate and fix all issues found during Beta Test 2.0.

After the short break, TRM 2 will resume its tournament. Regarding the results for the about-to-be-concluded TRM 2 NFT tournament, participants can find the detailed results on the official social media handles of the game platform on April 1.

What to Expect from TRM 2?

Following the short break starting from April 1, TRM 2 will launch again and the new will replace the old. Gamers will have access to numerous rewards at the next opening of the game.

With a vision to become a leading revolutionary play-to-earn game, the team is ready to go all out to deliver an exceptional gaming experience to players with more rewards and exciting gameplay.

Trade Race Manager 2 is a Trade Racing Simulator. It allows gamers to race and earn in cryptocurrencies. The game is a revolutionary 3D racing game featuring a graphically-intense ambiance. TRM 2 is a product of QORPO, an international game studio that focuses on connecting gaming with NFTs, Cryptos, and Blockchain.