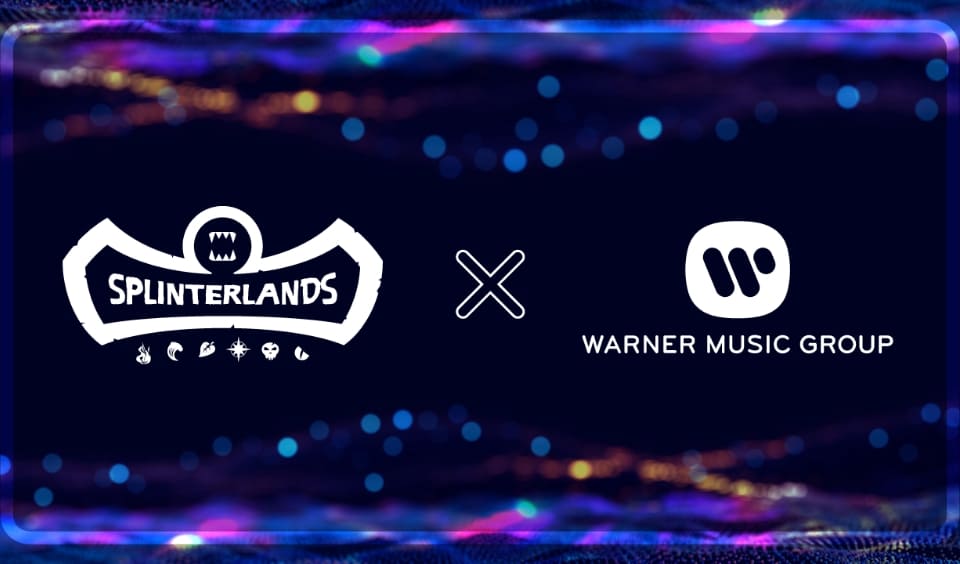 Splinterlands announces that it is entering a partnership with Warner Music Group. This is the second strategic partnership involving WMG. Earlier on, WMG announced that it will be buying Lands in Sandbox. This announcement was made via the Splintertalk website. Here are all the details of this partnership.

We're excited to announce a new partnership with @warnermusic! We'll be working together to bring some of your favorite musicians into the world of #blockchain #NFTs and #PlaytoEarn! Link below:#splinterlands #spt #sps #hive #GameFi https://t.co/YPww5XKQSy pic.twitter.com/BAHr5qUZmj

Details of the Warner Music Group Partnership with Splinterlands

While announcing this partnership, Splinterlands assures its community members that there will not be significant changes to its roadmap. Instead, the blockchain gaming outfit will build a new team to lead the development of this new game.

“I don’t think we can underestimate how massive the opportunity around P2E gaming is. By partnering with Splinterlands to build custom tokenized games, we’ll unlock new revenue streams for our artists who have an interest in the space while elevating the role of fandom and community. As the Web3 ecosystem continues to evolve, WMG is committed to making sure music is front-and-center.”

WMG are not the only ones happy about this deal. Even the Splinterlands team seem very excited about the prospect of working with Warner Group. The co-founder and CEO spoke highly of Warner Music. Here is what Jesse “Aggroed” Reich said about the partnership:

“Warner Music Group is a leader in the music industry. They are innovating the music industry to meet the standards set by Web 3.0 community members. We’re thrilled to be working with them and I look forward to new collaborations at the intersection of gaming, music, crypto, NFTs, defi, and blockchain.”

Plans for the Future

With this deal, WMG artists will be able to create and develop arcade style blockchain games. As such, both music fans and Splinterlands players will benefit from this co-development. By focusing on arcade gaming, Splinterlands game and WMG will produce games that are user-friendly and accessible. This in turn will foster greater adoption and faster community build than regular NFT games.

The need to focus on arcade gameplay is a very important ingredient to success in play to earn gaming. The reason is that one of the major ingredients for success in GameFi is the popularity of the project. With arcade games driving the popularity of this new game, it will edge out the competition. It will also benefit from the foundation of the Splinterlands’ game itself. With 1.8 million registered members and 450,000 users, this new game is getting a very solid foundation.

Gamium Reveals How to Participate in its Community Round