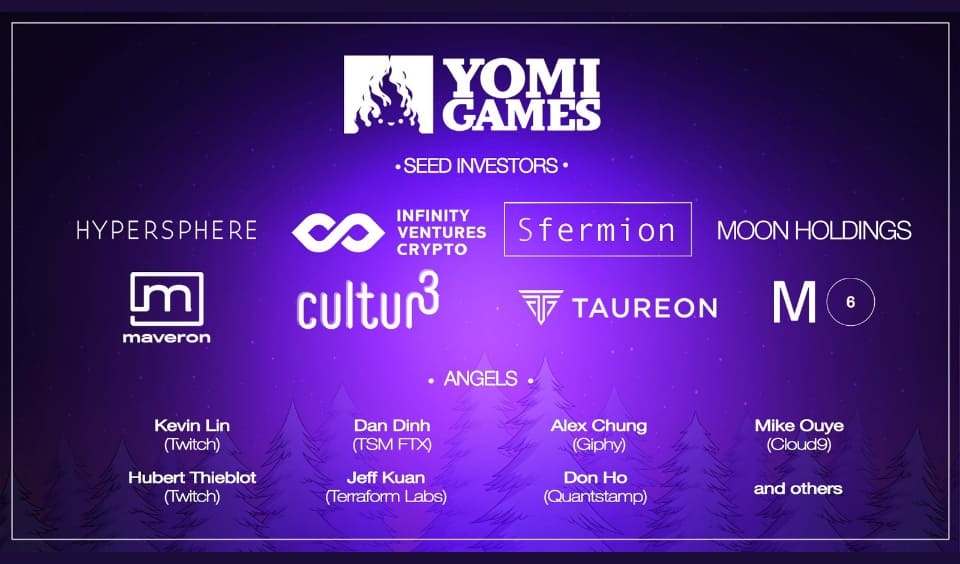 Yomi Games (YG) has received an investment funding of $2 million. This round was led by top firms in the gaming industry. With this seed fund, the NFT game outfit will be able to create, social, casual and play-to-earn blockchain games. The money will also help it expand its team to be able to deliver GameFi projects of the future.

1/Thrilled to announce our $2 million seed round raised to accelerate our vision of developing casual, social, and play-and-earn blockchain games!

This seed round includes participation from @hypersphere_, @ivcryptofund, @Sfermion_, @cultur3capitalhttps://t.co/ehDO5ewBZJ 🧵👇🏻

Yomi Games aims to become the Zynga of Crypto and drive the adoption of NFT games. As such, it focuses more on building casual and social gameplay. In addition, it will also be focusing on developing projects for mobile devices. It believes that these methods will help onboard new members to crypto and NFTs.

In addition, the focus on player inclusivity is what sets Yomi Games apart from other GameFi firms. It believes that player-owned economies that are built on blockchain technology are the future of gaming. Although there are existing similar projects, they are not quite like YG. They often seem to have the barrier of “high buy-ins” that make it difficult for new users to join.

Unlike the competition, this NFT gaming outfit wants to build sustainable projects that combine free-to-play and play-and-earn mechanics. More so, this will help Yomi Games build games that will be accessible to a wider variety of players. Already, it has already shown its expertise by featuring interoperable digital assets across different blockchains. More so, these assets did not require bridging to operate on both the Ethereum and Polygon chains.

This investment funding round involves some pioneers of video games. They include both individual and corporate investors. Here are some of the major participants of this event:

Speaking of this funding, the Principal Officer at Maveron shared his excitement. Here is what Jerry Lu had to say:

“What got me excited about Yomi was that they were of the first games that leveraged the inherent composability of NFTs to bring other NFT collections in-game, creating a third place whereby these communities can interact via a collaborative and social gameplay experience. The team also brings the perfect mix of web2 and web3 operating experience to onramp the next millions of players into this new paradigm via games.”

DOGAMI Gets $500K in Investment from the Tezos Foundation