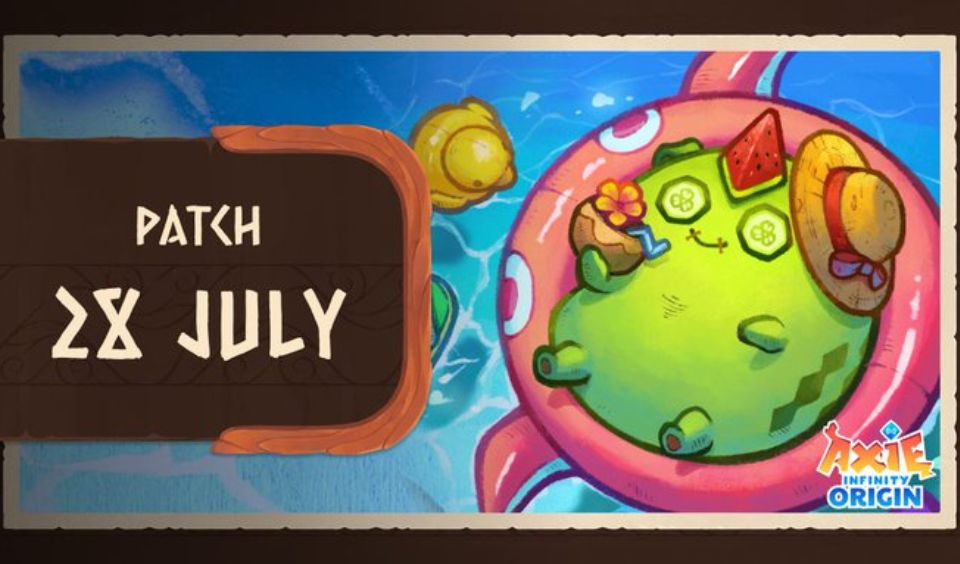 Axie Infinity is aptly preparing for the launch of the upcoming Axiecon tournament. Just hours ago, it opened the registration process for interested participants. To ensure a premium user experience, the dev team deploys another Origin update before the enrolment session ends.

We are very excited to announce that we will celebrate the launch of our Staking dApp with a launch party hosted in the Dark Metaverse.

This Axie Infinity Origin update focuses primarily on fixing identified bugs and ensuring balancing. While making the announcement, the team also stated there would be no mid-season patches. Any other upgrades will have to wait till the off-season periods. This is why the game needs to create a flexible system where they can deploy packages at these early stages.

Besides making current adjustments, there will be significant space during the off-season period. The team expects a few weeks or more to prepare for the transition to the third phase. At that level, it will introduce Runes and Charms that will need players to have SLP and Moonshards to craft them. In addition, Axie will be removing SLP rewards from Classic (V2) and adding them to origin.

More players will now enjoy gameplay even better. The team is adding Spanish and Vietnamese languages to the menu. There will also be a tab for cosmetics in the inventory to enable players to customize their Axies to taste. Going forward, reward tokens will be distributed conservatively to balance the economy. The emissions will be much lower than in the Classic mode. It will instead focus on compensating skilled players as they move up the ranks.

In addition, there will be changes to the Moonshards prizes and crafting costs for Rune or Charm. However, this is not set in stone. The project will continue to make adjustments, using the feedback it gets from the community. Meanwhile, there are also preparations for the closing of the Alpha Season. When it ends, the team will distribute AXS rewards to players after completing an anti-cheat review.

Bug Fixes in This Upgrade

The bug that triggers the Arco secrets instead of removing them is no longer there. In addition, the Wall Gecko will not get multiple buff counts. Also, the Incubator Rune will not give bonus HP to all summons. RIght now, your cards will still be playable after an Axie dies from self-harm cards. Ethereal will now be triggered, regardless of Retain effect. More so, Charms that enhance Shield will no longer affect attack cards. The issue of Axies not showing up after syncing is now in the past. Other details of the update are in this spreadsheet.