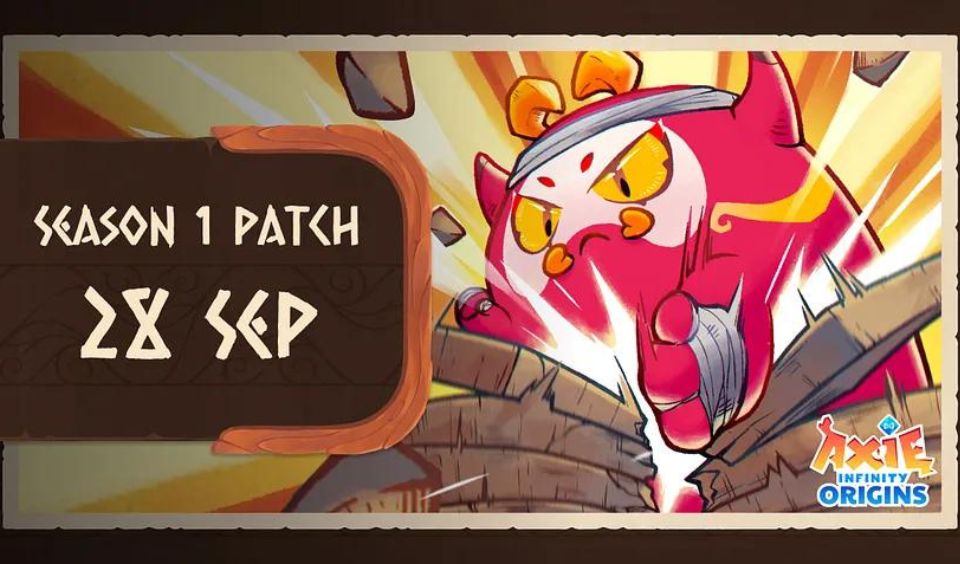 Axie Infinity has announced that it will be deploying yet another season 1 balancing patch. This announcement comes after the unveiling of the eSports Grant 3 to event organizers. Despite being a “small” upgrade, the team will still fix specific bugs to improve gameplay and balance the in-game economy.

Of the modifications in this update, the most significant is the introduction of a new lever for compensating PVP players. The team is incorporating an avatar border leaderboard system that will only be revealed to those who have earned them. There are also efforts to diversify the meta, most of which will become evident as the season progresses. Users will appreciate these changes when the Runes and Charms become available.

As mentioned above, Axie Infinity has added avatar borders as rewards in the season 1 balancing patch. These borders are exclusive and become rarer as you climb up the ratings. If you finish within the top 10 places, your place in season 1 is enclosed in your in-game character. More so, the team is also keeping everyone up to speed with the changes. They will introduce new tutorials to help onboard them with the new processes.

As mentioned in the initial update, the system will use a rock, paper and scissors method to determine who goes first. The team is modifying the mechanism to enable the match to begin immediately both players agree on who will make the first move. This is a significant improvement from when they will have to wait for 5 seconds before starting gameplay.

In addition, you can view your opponents while the rock, scissors and paper are ongoing. A soundtrack will also accommodate the preliminary act. If anyone disconnects from the game for more than 60-seconds during the process, they will lose that battle. This also applies before entering the duel. Players will now get push notifications to ensure they do not miss anything. The battle log will no longer appear when Axies use and get a secret.

DeRace Sugar Cubes – Benefits and How to Acquire Them