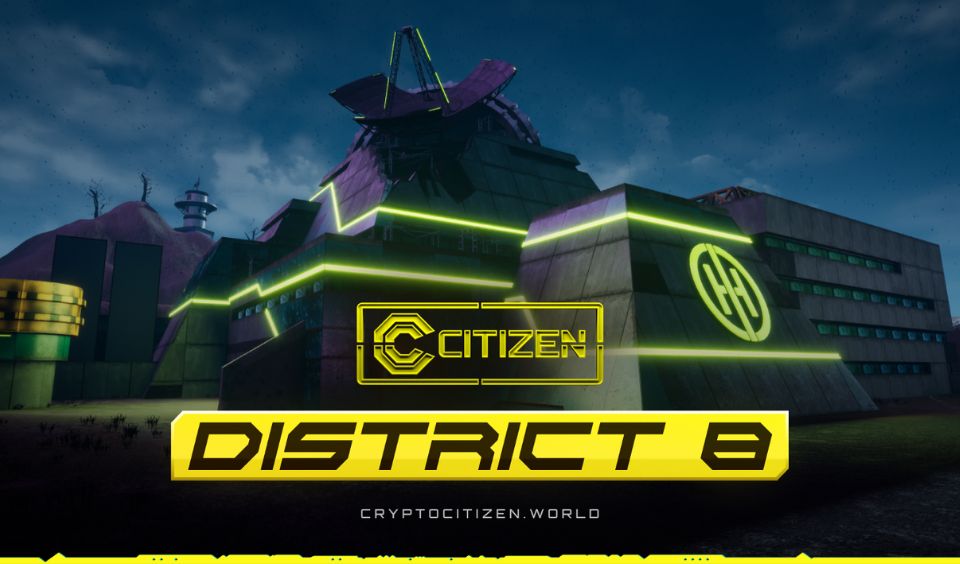 Crypto Citizen is unveiling yet another part of Ether Island – District 8. This comes after the introduction of areas 0, 10 and 9. Although it is not the worst part of this virtual world, this region is no heaven. The toxicity in this place is enough to overshadow whatever is good about it.

Details of the Crypto Citizen District 8

Crypto Citizen District 8 was not always a toxic place. Initially, people usually came down to this area to relax and hang out. There was a water park within a single sweetwater reservoir where they could swim. The arena got water from the dam that supplies clean energy to the island. There was also a theme park where you could eat ice cream and ride the wheel or the carousel slides.

However, those in charge soon became greedy and decided that they preferred to make more money. The Korpo syndicate began building factories and production plants above the dam to make more profits. These structures used most of the water and released toxins into the lake. Worse still, they redirected whatever freshwater that was left to a town on the dam’s edge.

Soon enough, the farms dried out, and the reservoir became a deadly smoking pit full of toxins. Other than areas close to the dyke, everywhere else is full of toxicity. Even the little lake down the hill is not spared. The air in the city contains greenish vapours that can be deadly. Although some days are worse, wearing an air filtration system is always advisable.

The syndicate’s actions soon brought the South Moon economy to its knees. People had to find a way to fend for themselves. It was not long before they noticed some exciting qualities of the toxic water. They observed that it combined with humans to produce excellent results. As such, they began experimenting, leading to body modification mistakes. In its usual practice, Korpo sold some of these mutants to the rich in D1 and kept others for themselves. You do not want to be against one of these in an alley.

Right now, South Moon is no more a theme or water park. It is now a deadly place where only the strongest survive. Should you fall sick, you can always reach out to the doctor. This is an individual both the rich and the syndicate trust. However, he does not always guarantee your healing. There are rumours that 2 out of 3 persons who visit this physician do not make it out alive. Perhaps, it is best to remain healthy.