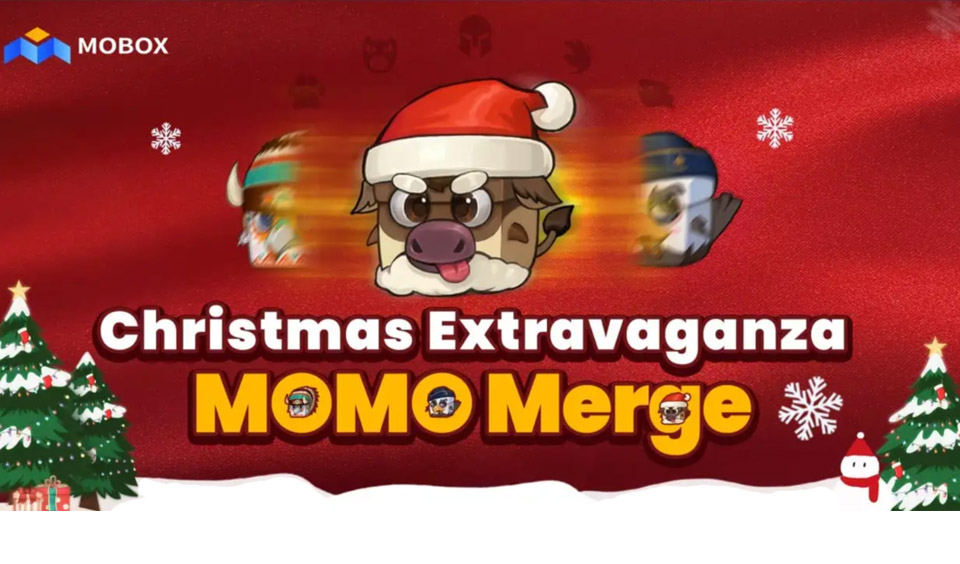 MOBOX, a cross-platform gaming metaverse, announces its Christmas Extravaganza Events. According to the game metaverse, it will launch MOMO Xmas Merge with MOHOME, and players can explore MOMO FARM to participate in the event. The event will run until January 20, 2023.

During the event, players can only merge Rare and Epic MOMOs that are yet to attain the Initial Hash Power. Also, they must select the main MOMO first during merging and then select a MOMO with the same quality as the main MOMO for the merging material.

Get yourself an upgraded #MOMO #NFT via #MOMOMerge🔥
+
💎MEC rewards in Crafting, Construction & Orchard gameplay

MOBOX mentioned that it will calculate the initial hash power and level of the primary MOMO and the one used for the merging material together. It further revealed that the mechanics will consume both the main MOMO and material MOMO. Thereafter, the main will receive a new Level and a new Initial Hash Power.

Gamers can participate in this event by exploring the MOMOverse. According to MOBOX, there are three Ranks for each type of gameplay. These are Crafting, MOHome Construction, and Orchard. All participating players have an equal chance to win a large amount of MEC rewards. Participants who craft all materials get crafting points, and the total crafting points are ranked every twenty-four hours. Players in the top 100 will receive 40,000 MEC as a reward. Suffice it to mention that the unit craft points are the same as you have in Alpha test values.

Participating players in this event have a chance to win a daily reward of 20,000 MEC. The team will rank the top 100 players based on the number of fruits they submit within 23 hours. Players who fall into the category of the top players will receive a reward of a total of 20,000 MEC.

According to the game platform, players can participate in the MOHome construction in the official version. Like in other events, the team will rank the players, and the top 300 will earn rewards.

Players who made it to this top ranking will receive rewards of a total of 1,200,000 MEC. The ranking will be based on the total personal prosperity amassed by the players during the event period.