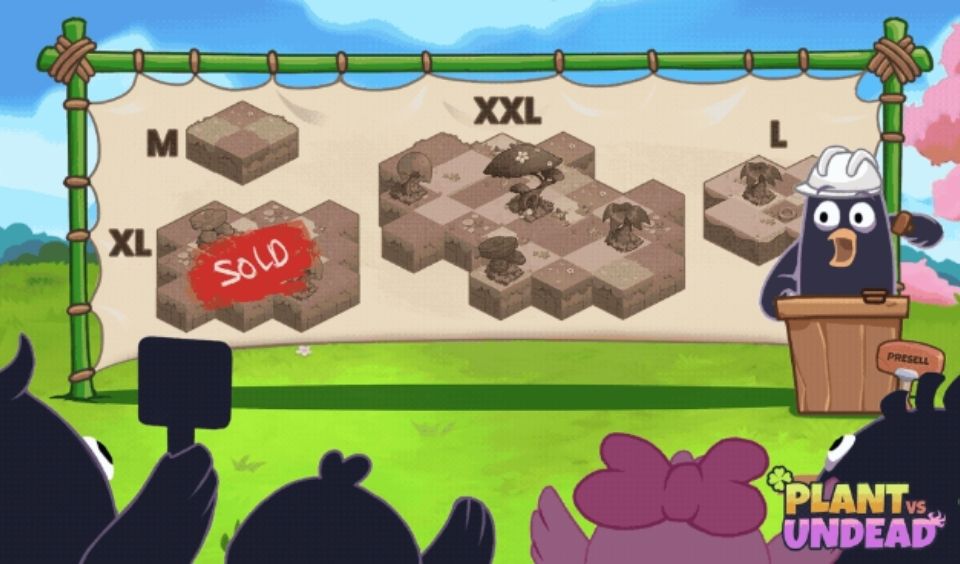 Following its good start, PVU has been making changes and improvements to gameplay. To ensure that players still get the best user experience, it is introducing Farm 3.2. In this new version, the focus is changes to the UI and UX of the Farm or Land.

We’re pleased to announce that 3.2 is on the way and will be live in the middle of March 2022.
For information about the updated mechanisms in version 3.2 and the New Land Offerings:https://t.co/CrW0hoFB5i#plantvsundead pic.twitter.com/kmrnKiSbeI

Details of the PVU Farm 3.2

According to the announcement from PVU, Farm 3.2 will go live in the middle of march. As mentioned earlier, the focus is to improve the playing experience of Farm mode. Plants Vs Undead wants to unite the theme and style of isometric diorama formed by cubic tiles. It even showed an image of what the new interface will look like. In the new edition, players will be able to manage all their assets in a more direct and immersive method.

Even better, actions like waters of plants or shooing of crows will now be done in a more “gaming-intuitive” way. Furthermore, players will be able to manage their lands in a grid-based interface. Thereby ensuring better navigation and accessibility. As part of making the gaming experience more “real”, the outlook of lands will now change according to the current seasons. Also, players will no longer spend in-game tokens for watering plants and chasing crows.

Since it is now free, PVU will refund owners of pot, watering cans and scarecrows when Farm 3.2. Also, with regard to farming, users with a lot of Lands and Plants can use Water All or Shoo All function. This feature helps you water plants or chase crows from all corresponding Land. However, it will cost some Light Energy.

In addition, players will be able to jump from land to land using the directional arrow. This works faster than having to go backward into the grid-based screen.

The PVU Farm 3.2 will see the addition of new mechanics. One of such is the manner in which plants will now operate. In this soon to be released edition, each land will now have its own life cycle. This cycle will deteriorate with each passing season. However, it will even drain faster when you plant more on the land. When it drains completely, it will enter the “re-cultivation mode”. This mode will last for 14 days and users will not be able to farm during this period.

Another feature coming to this new version of the Farm is the boosting of harvest with fertilizer. Plants Vs Undead will craft Fertilizer as a new item into the game. There will also be new land offerings once the Farm 3.2 drops.