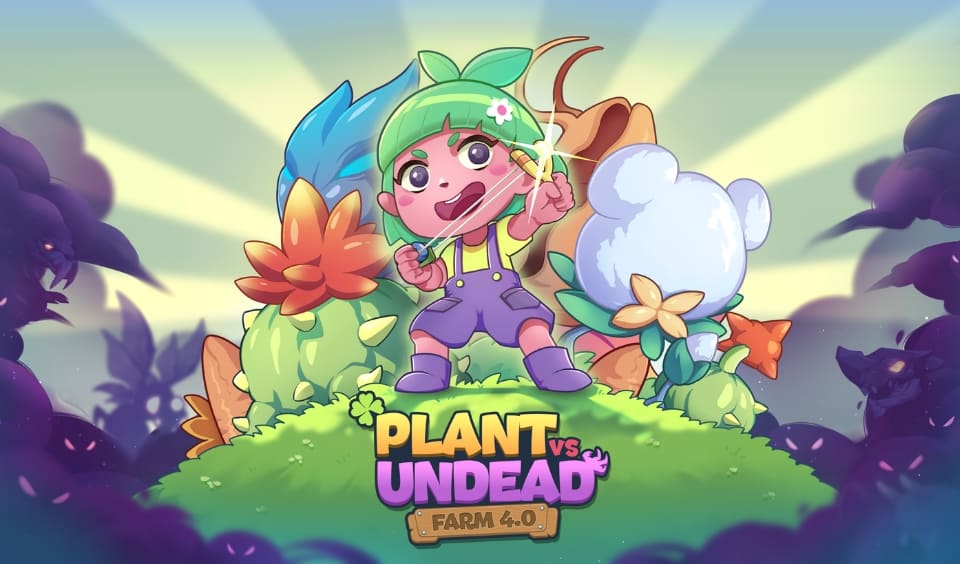 Plants Vs Undead gives insight to the newly released PVE 4.0. Despite further developments to the game, this mode re-emphasizes it being a defense first game. Despite the teaser, the PVE 4.0 is not yet fully developed. Here are what to expect in this new version.

[PVU Farm] Foresight about the PvE 4.0

While waiting for the release of Farm 4.0, we would like to share some information with you about this version. In addition, through this, we also want to strengthen our primary goal; please click here for details:https://t.co/FVe5x8eHEx pic.twitter.com/wBNpmMxUQp

What to Expect from the PVE 4.0

There will be significant changes to various aspects of gameplay. Below are some of the changes to expect in this new update.

To incorporate the new PVE 4.0, there is need to redesign the current plants. The changes include the size, shape and function. Furthermore, there will be three tiers of plants or evolution stages. Namely: Seedling, Grown and Elders. Seedling plants are the easiest to get access to. Like NFT plants however, their sole purpose is for producing light energy (LE). In other words, you can only use Seedlings in Farm mode, not PVE mode.

Grown plants are more balanced. They produce a higher amount of LE and can serve as Turrets to fight in the PVE mode. Elders on the other end are specifically for fighting in PVE. They posses far better fighting stats than other in-game assets. Also, these plant type has unique abilities to further enhance its capabilities to fight. However, this comes at a low rate of producing light energy.

Away from the plants, there will also be changes to the undead. Earlier on, PVU announced the sale of undead eggs. In this new edition, undeads will help in converting Light Energy to PVU tokens. They can also form part of your army, alongside plants to fight enemies. Just like plants, there will be Juvenile, Grown and Elder tiers of plants. The ones user hatched from the undead eggs are Juveniles.

Unlike plants, undeads can only get better as they evolve. There also no drawbacks in the evolution process of these in-game assets. However, it takes significant time and effort to improve an undead to a higher tier.

In the PVE mode, users will receive plants and undeads in cards. Furthermore, you will combine them with Spell – a third card type. Players can start playing by building a deck of 20 cards. Deploy card plants on the grass lawns and undead cards on the lanes.

However, enemies will continuously attack your assets. Therefore, players can use Spell cards to cause various effects in the course of gameplay. It can range from damaging your opponents to healing your plants or undeads. PVU promises to reveal more details of these updates as time goes on.