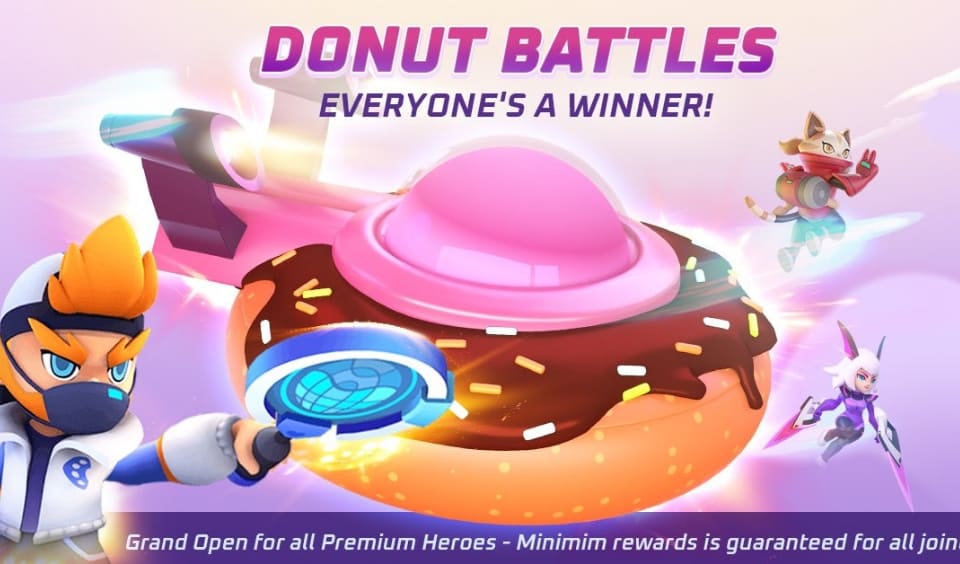 Thetan Arena is pleased to welcome back Donut Battles as part of it’s tournament. This is a special event with huge rewards and everyone gets to win. The game also announced the completion of its second burning event. Also, the Rise of Helios tournament is concluded for players in South America.

DONUT BATTLES – THETAN TOURNAMENT IS BACK!!!
Everyone’s a winner

The Donut Battles are set to make a combat to the Thetan Tournament from the 28th of April to the 4th of May 2022. During this period, every single participant will be earn at least 1 gTHC. More so, this reward for participation constitutes roughly 30% of competition’s prize pool. Thetan Arena did not give further details of the token rewards distribution. However, interested persons can follow them on all their platforms to get more information.

In addition, players who join the Thetan Tournament within 6 or 7 days of this Donus Battles will receive the Donus Spaceship. This is legendary NFT that is worth thousands of THC. Owners can use with this asset to win on the battlefield and earn more rewards. Alternatively, they can trade it on the marketplace for profit.

Besides the general rewards, there will be prizes for the best players. This will be distributed on a daily basis to those at the top of the leaderboard. Players can build very strong squads to increase their chances of winning. In addition, users can either purchase or rent NFT Heroes to participate.

On the 26th of April 2022, Thetan Arena announced the execution of a 2nd token burning event. During this exercise, it burned 128 million THC. This represents no less than 45% of the total units in circulation. Details of this transaction are in this transaction hash: https://bscscan.com/tx/0xd9013f430c14dc1fb479fc5e622cce8d0c3acc8add20efbf0bfe0e21ddadea82

According to the game, this move represents how the project is growing stronger. Especially with plans underway to maintain community engagement, within and outside gameplay. This burn will bring balance to the THC. Furthermore, it will also stabilize it and reduce the possibility of an inflation. Going forward, there will be a monthly burning exercise to keep the token under control.

Following the completion of the Rise of Helios tournament in south America, Thetan Arena is announcing the winners. They include: