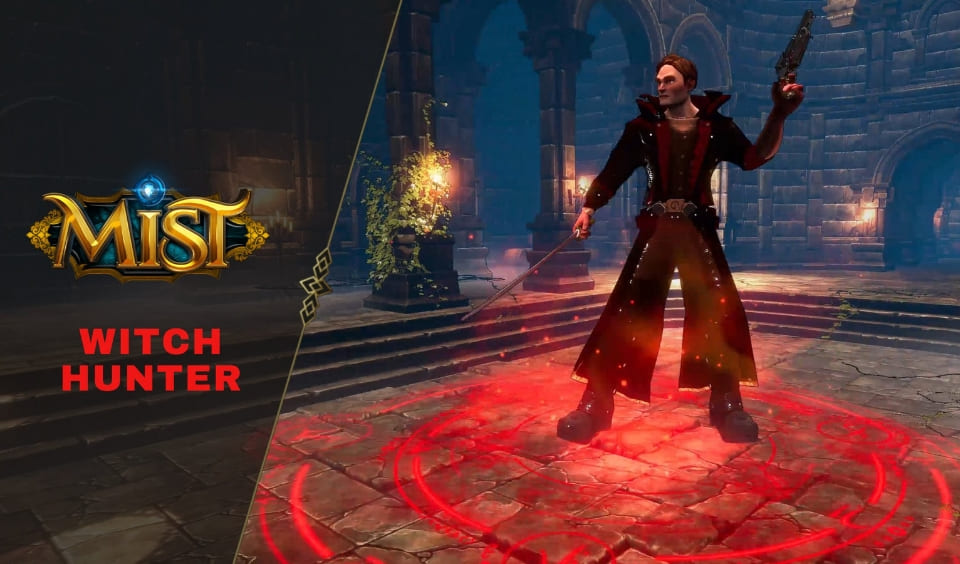 Mist NFT, an NFT open-world Action MMORPG on Binance Smart Chain reveals the abilities of the Witch Hunter Class. This comes after the unveiling of the abilities of the Enchanter, Ranger and Crusader classes. The members of this class are smart, agile and industrious hunters of unwanted monsters in Midirim.

Want to play the Witch Hunter?
Browse our NFT marketplace:https://t.co/0vjpyh4GjY

They are also very clever and sneaky, with a trick or two up their sleeve. In addition, they have learned to use trinkets, potions and poisons to subdue their enemies and incapacitate them. As such, they have significant experience dealing with Vampires, Lycantrophes, Demons and other beasts. This is because they have crafted a means of finding, fighting and capturing different types of enemies.

Many people fear these witch hunters because of their strange style as well as the circle they keep and travel in. However, this class of creatures see themselves as the protector of the people. Regardless of the fact that they use dark magic. This is because their dark arts enable them to deal with almost any adversary.

Abilities of the Witch Hunter Class in the Mist NFT MMORPG

As mentioned earlier, members of the witch hunter class use magical powers to counter different types of beasts. Their abilities centre around inflicting damage and crowd control. Below are some of the options that this class provides users with in the Mist NFT MMORPG:

Diseased Dagger: When you strike with a diseases dagger, you will deal 160% damage to your opponent. This will be in addition to a 100% damage over a period of 6 seconds.

Cloak: Hide under your cloak and become invincible to your enemies. Although this feature will slow your movement by 50%, it will allow you to deal 60% more damage. Furthermore, this power-up will last until you cancel it. It may also discontinue when you use another ability or take damage.

Potion of Silence: Prevent your enemy from using their ability for 3 seconds when you throw a potion of silence. Furthermore, it only takes 1 second to cast.

Cluster Bomb: Throw a cluster bomb in the direction of your enemy and deal 130% physical damage. More so, you will also deal 45% physical damage per second for 3 seconds. It takes 2 seconds to cast this spell, and it will hit adversaries within a 3-yard radius.

Blinding Dust: While the cloak makes you invincible to your enemies, blinding dust disrupts their vision. It blinds all enemies for the next four seconds. It takes 2 seconds to cast this boost and the effect touches enemies within a 4-meter radius.

This NFT is available for sale on the Mist peer-to-peer Marketplace.