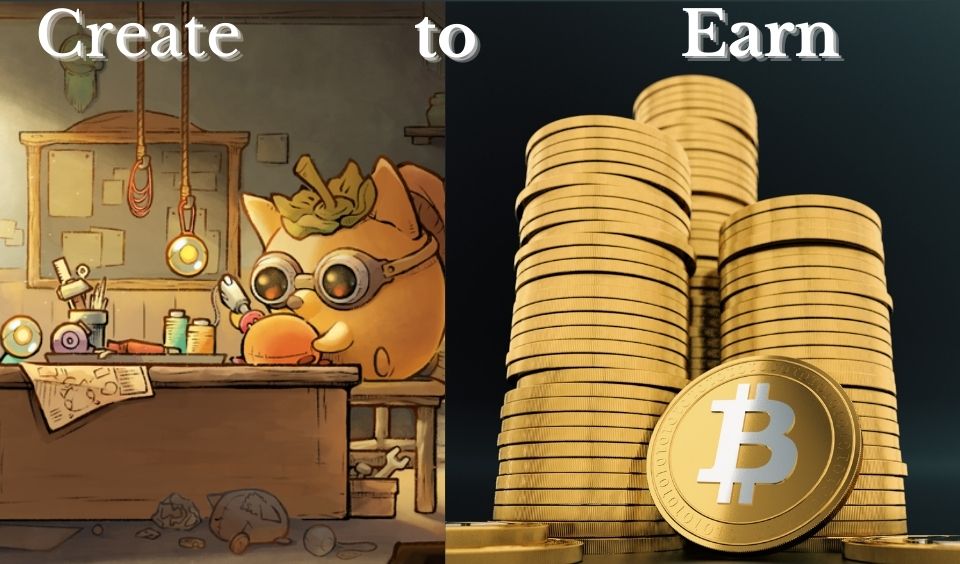 When most people think of blockchain games, they often think of games where players earn money while playing. They are actually very correct. The reason is that virtually all blockchain games use the play to earn model. With this model, players can earn in-game token and rewards. They can trade these in-game rewards and tokens for real money on various cryptocurrency and NFT trading platforms.

Despite the popularity of play-to-earn, there is a new model set to change blockchain gaming. This is no other than the create to earn model. Despite most indications, create to earn is not exactly new. However, it is only in recent times that this model began getting its due credit.

What is the Create to Earn model?

The create to earn (C2E) is a model where participants can create their own content and earn money. This involves creating a content related to the game, minting it as NFTs and selling it. Play-to-earn often limits the characters that players can use within the game. C2E does not limit users to the in-game characters that the can play with.

How Create to Earn is Becoming Popular

As mentioned earlier, this model is not exactly new. Before now, blockchain games have been doing something similar. The major difference is that, it was more of a side action. With the trend of the metaverse becoming popular, everything is set to change. Before the introduction of virtual worlds, there was not much need for blockchain games to expand. With no need for expansion, there was really no need for games to stretch their creativity.

The increase in the amount of blockchain gaming outfits came competition. As such, the simple and straightforward games did not suffice any more. Blockchain games began getting creative, However, their own creativity did not seem to be enough. Therefore, they made their community members to become creators.

It is important to point out that there are many creator centred blockchain projects out there. They are mostly NFT projects with no form of gaming. They are not the focus of this piece. The focus is on blockchain games with consideration for creators. Below are some games that are employing the create to earn model: 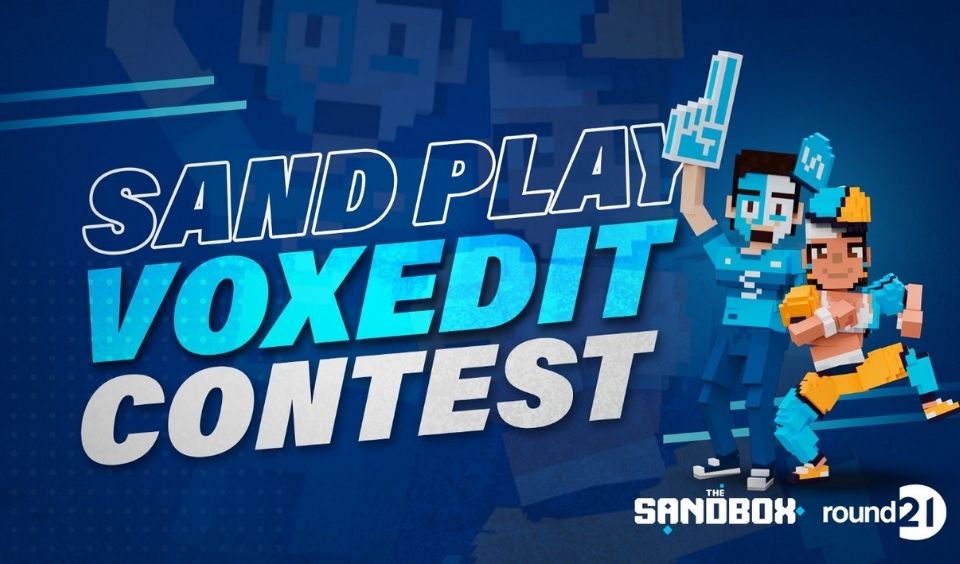 Sandbox is the most advanced blockchain game that is adopting a creator centred approach alongside P2E. It even has its own tool – Sandbox VoxEdit, that players can use to create digital assets. The Sandbox game is also one of the first to allow players create character that they will use in the game. It was not just mere contests. Recently, Sandbox also announced that players will be able to compatible NFTs to the Sandverse and use them as wearables. For example, you will be able to customize your avatar with a Bored Ape NFT Head. These are beside the various partnership and experiences it has offer gamers.

Earlier in December 2021, DeRace organized a meme contest. Although the winners did get rewards, their creations ended up simply as memes. With an announcement of DeRace Beta 1.1, everything is set to change. The game reveals that it will be introducing the create to earn in its next update. In this regard users will be able to create their own NFTs.

As one of the first blockchain games, Axie is also one of the first to employ the create to earn model. Part of players’ creations in the past have led to the development of mini-games within the Axie game itself. It recently launched the Axie Builders Program, where developers can create their own projects within the Ronin blockchain. 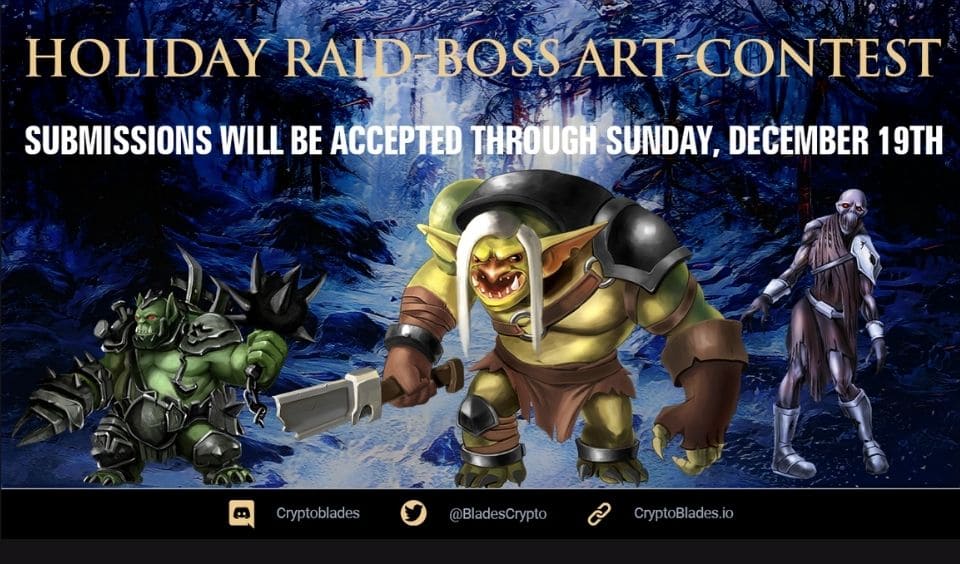 The CryptoBlades blockchain game is another gaming outfit that employs the create to earn feature. In December, it launched the Holiday Boss Raid Art Contest. One significant aspect of this contest is that the creations will feature as Bosses in future updates. This is beside the prize rewards for the top five places.

For a card game, Splinterlands seems to take content creation very seriously. Last year in November, it organized an art contest that feature on its Splintertalk Channel. The artwork only need to revolve around Splinterlands, it could be anything at all. More importantly, the game also promises to mint some artwork submissions into gameplay. Even better, the contributors will even get credit for their work

Days to its launch, Thetan Arena launched the Finding Memo Contest. In this competition, players will design a 2D meme relating to the Thetan Arena logo. Like most creations of new games, this was also about promotion. 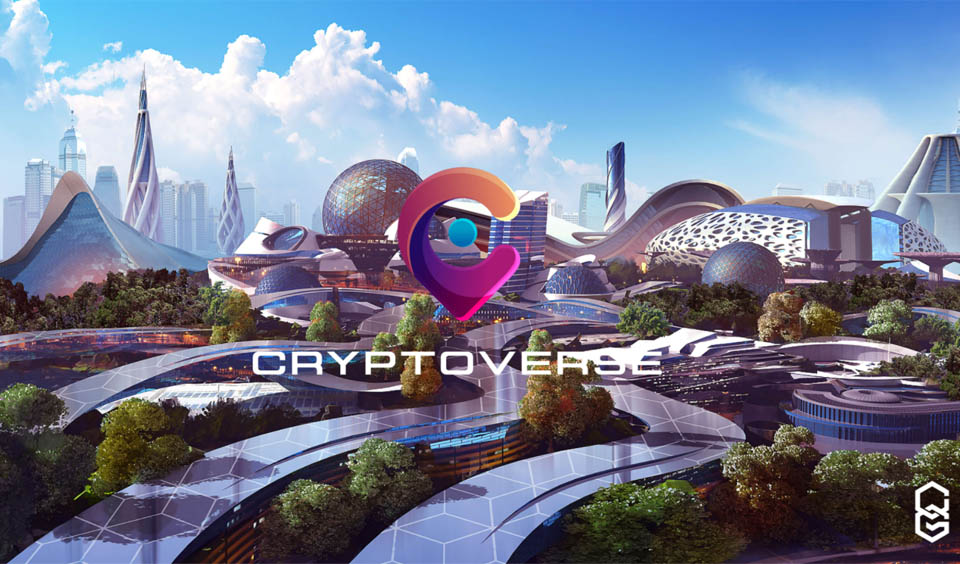 In a bid to solve the Metaverse obstacle, Cryptoverse is employing C2E. Using the Cryptoverse Builder, users can create content that will become part of the game’s metaverse. This will serve as an offline tool that technical users can use for surpassing the major problem with decentralized metaverses.

Earlier in January, there was the Mavericks meme and art contest. Although there were prizes for winners, not much was said about the artworks themselves. With preferences for GIFs and Video contents, seems the idea is all about promotion.

Speaking of contest, my Defi Pet had the Where’s My Rudolph contest in December. However, this was a writing contest with almost no possibility of incorporating the creations into the game.

Earlier in October, Nine Chronicles launched the content creator rewards program. The program featured two level of creators. However, it simply turned out to be a marketing strategy than for further in-game development.

The Future of Create to Earn Model

The create to earn model will definitely change the course of GameFi. So far, most blockchain games only employ external or player-creators for the purpose of promotion and advertisement. Soon enough, blockchain gaming outfits will begin using the C2E model for creating in-game characters, NFTs and other digital assets.

Creators will also get to grow their brand, while showcasing their work. With the introduction of the Metaverse, it will not be long before C2E becomes a trend. As blockchain games begin to run out of ideas on how to expand, they will simply begin consulting with their community members. After all, these games are actually community owned and governed.